Forum rules
This is a heavily moderated forum. Should you see a post that is a one line zinger (not related to topic) or it becomes derailed (offshoots of a related topic are fine) or there is a post simply breaking the TOS, please notify a mod/admin and it will be removed.
Post Reply
First unread post • 1 post • Page 1 of 1 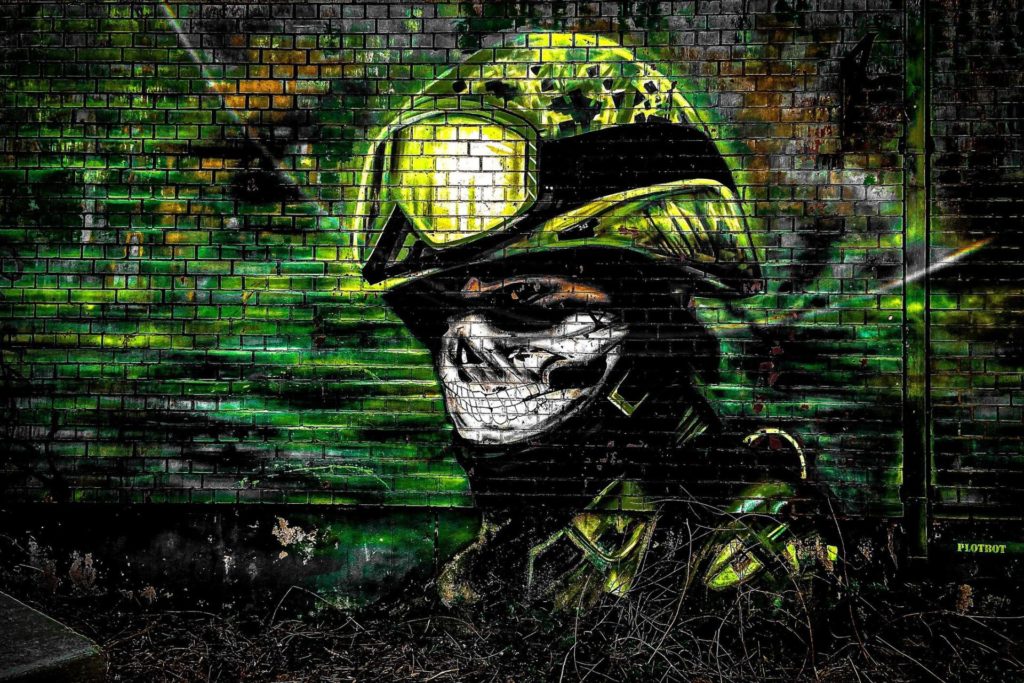 When Lukas F. walks onto the site of an abandoned army barracks in the summer of 2021 as part of his training to be a terrorist, he is 16 years old, a slender boy with dark hair.

The site is about 45 minutes from the center of Potsdam, a city just southwest of Berlin, Germany. Once it was used by the Wehrmacht, Germany’s regular armed forces during World War II; later by the Soviets. There are lakes close by, popular with swimmers.

A roar of thunder echoes across the yard, a fireball flashes. First one bomb goes off, then a second.

Lukas F. films the explosions on his mobile phone. Months before, he set up a group for young neo-Nazis from multiple countries who think they are fighting a “race war.” In their online chat, Lukas F. — a pseudonym used to protect his identity as a minor — describes these bombs as a test for the group.

Reporters from Welt am Sonntag, POLITICO and Insider spent more than a year investigating the inner workings of this far-right terrorist network. Using fake identities, they gained access to about two dozen of its chat groups, spoke with insiders and secured more than 98,000 messages, including photographs and videos. In the process, they also uncovered death lists, death threats against politicians and journalists, and instructions on how to make bombs and use 3D printers to produce weapons parts.

In the course of this investigation, the editorial teams were able to identify the real names of some of the group members, including that of Lukas F., who concealed himself online behind changing pseudonyms. His case shows how teenagers as young as this can become so radicalized that they talk of committing murder. It also reveals the role played by the network in the background, and why the security services find it so difficult to break it up.

To understand what may be going on in the heads of young people like Lukas F., we need to cast our minds back a few years and to the other side of the Atlantic, to the U.S. state of Colorado, home of James Mason, now 69. Mason joined an American Nazi party when he was just 14 years old. Two years later, he was making plans to murder his headteacher, although in the end he did not carry them out. In the network of which Lukas F. is a member, Mason’s book, “Siege,” is considered a must-read. For many young far-right extremists, it is more important even than Hitler’s “Mein Kampf.”

In his book, Mason calls for liberal society to be plunged into civil war. This does not require the creation of mass organizations, he writes: It just needs individual assassins or tiny cells to carry out attacks on infrastructure, politicians or members of minorities. This will result in chaos and prepare the ground for a far-right revolution.

The American James Mason is the pioneer of the scene |^

Mason and his ideas have gained many followers in the last few years: groups, cells and individuals, in Europe, Canada and the U.S.

Extremism researchers call this strategy “militant accelerationism.” Thomas Haldenwang, president of Germany’s Federal Office for the Protection of the Constitution, told the reporters that the Siege scene is increasingly gaining ground in Germany, too. “Young people especially, some of them still minors, are becoming followers. It is no longer unusual to find minors advocating violence or even planning acts of violence themselves.”

The list of attacks linked to this ideology is growing by the year. It includes the mass shooting at the Olympia shopping center in Munich in 2016 and the 2019 attack on a synagogue and a kebab shop in Halle. The attackers are lionized as heroes in the network chats, and their victim counts are turned into a contest, with the one who kills the most being declared the winner.

+++ Come 2035 it will mark 100 years that the Nuremberg Laws were pasted in Germany. https://en.wikipedia.org/wiki/Nuremberg_Laws
Top
Post Reply
1 post • Page 1 of 1